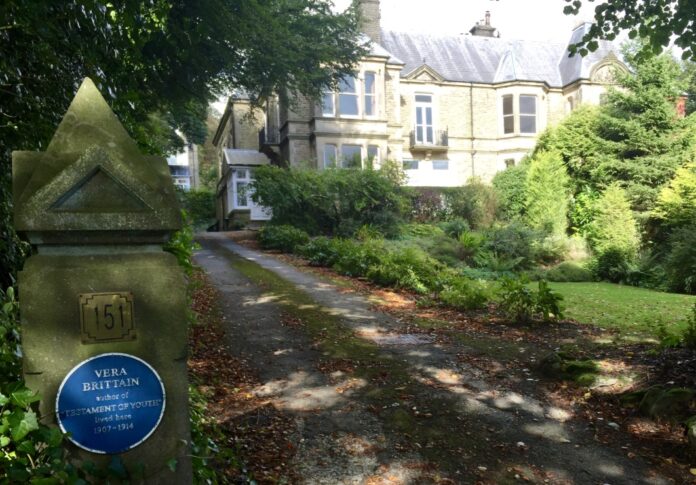 It’s fair to say that Derbyshire has had its fair share of inspirational women who made their mark on the world and the impact they made and their legacies are still very much here today. We celebrate some of these truly remarkable women on International Women’s Day:

Florence Nightingale: (1820-1910) was an English social reformer, statistician and of course founder of modern nursing.

Raised in her family home Lea Hurst, the 17th century farm house was developed into a country home on the orders of her father William Nightingale, in 1820-21.

The house comprised of 15 bedrooms – large by most people’s standards, but not by those of the wealthy gentry and aristocracy, with their large families, retinues of servants, and ostentatious socialising. By their standards, it was a modest, peaceful place, built from local grey stone, and not a statement of conspicuous wealth or social influence. Florence’s parents, in particular her mother Frances, wanted something larger, warmer, and better socially connected. In 1826 the family moved to the 80-bedroom Embley Park, in Hampshire, where they were neighbours of Lord Palmerston.

Her experiences as a nurse during the Crimean War were foundational in her views about sanitation. She established St. Thomas’ Hospital and the Nightingale Training School for Nurses in 1860. Her efforts to reform healthcare greatly influenced the quality of care in the 19 and 20 centuries.

Throughout the U.S. Civil War, she was frequently consulted about how to best manage field hospitals. Nightingale also served as an authority on public sanitation issues in India for both the military and civilians, although she had never been to India herself.

In 1908, at the age of 88, she was conferred the merit of honor by King Edward. In May of 1910, she received a congratulatory message from King George on her 90th birthday.

Born in the High Peak village of Tintwistle, Westwood has been at the epicentre of British fashion since she began selling her punk-inspired designs in Malcom McLaren’s influential Kings Road store, Sex, in the 1970s. Largely responsible for bringing modern punk and new wave fashions into the mainstream.

In 1958 her family moved to Harrow, Middlesex, and Westwood took a jewellery and silversmith course at the University of Westminster, then known as the Harrow Art School, but left after one term, saying: “I didn’t know how a working-class girl like me could possibly make a living in the art world”.

Vera and her family moved to Buxton in 1904 when she was 11, moving from Macclesfield. First living at High Leigh on Manchester Road then moving to Melrose on Park Road where a blue plaque marks the place (she lived on Park Road from 1907 – 1914).

Working as a nurse for much of the First World War, she returned to Buxton in 1915 to begin her nursing career at the Devonshire Hospital, tending wounded soldiers. More than 5,000 were treated in Buxton. Her best-selling 1933 memoir Testament of Youth recounted her experiences during the First World War and the beginning of her journey towards pacifism.  With the outbreak of the second world war, Brittain’s pacifist philosophy fell out of favour. It wasn’t until the late 70s, after her death, that the feminist publisher Virago reprinted Testament of Youth and a hugely popular television series brought the work to a wider audience.

Bess of Hardwick is almost as famous for her four marriages as she is for her building activities. Born in 1527 into a minor gentry family, she was married at 15, but her young husband, Robert Barlow, died a year later. A native of Derbyshire and from a modest background, she grew to become the second most powerful woman in Elizabethan England after the Queen.

Bess was a tireless and ambitious builder, whose houses symbolised her rise to wealth and power.

In 1547 she met and married her second husband Sir William Cavendish, a 40-year-old widower and father of three. They bought Chatsworth manor for £600 in 1549, and in 1552 began to build the first house on the site. The Hunting Tower, built in the 1580s, still stands on the hill above Chatsworth.

Bess of Hardwick famously built her masterpiece Hardwick Hall in Derbyshire – one of the greatest houses of the Elizabethan age, which today is run by the National Trust. She died following the exceptionally hard winter of 1607-8 and was buried in Derby Cathedral. Her life was monument to what a clever, ambitious, and charming woman could achieve in the Tudor era.

Born in Chesterfield, Derbyshire Olave Soames was the third child and youngest daughter of brewery owner and artist Harold Soames.

The Girl Guides movement was formally founded in 1910 by Baden-Powell and his sister Agnes Baden-Powell. In 1920 Olave helped form an International Council which grew and developed, and eventually became the World Association of Girl Guides and Girl Scouts (WAGGGS). Elected World Chief Guide in 1930, Olave outlived her husband by 35 years and when Lord Robert Baden-Powell died in 1941, Olave continued to lead the movement as Chief Guide.

As well as making a major contribution to the girl and scout movements, she visited 111 countries in her lifetime, attending other Guide and Scout activities.

In 1932, Olave was awarded the Dame Grand Cross of the Most Excellent Order of the British Empire (GBE) by King George V in recognition of her volunteer work.

In the south aisle of the nave of Westminster Abbey in London, against the screen of St George’s chapel, is a memorial stone to Lord and Lady Baden-Powell. Both are buried in Kenya and each had a memorial service held at the Abbey.

Dame Ellen Patricia MacArthur DBE is a retired English sailor, from Whatstandwell near Matlock in Derbyshire, now based in Cowes, Isle of Wight.

Made famous when in 2005 set a world record for the fastest solo nonstop voyage around the world on her first ever attempt. A successful solo long-distance yachtswoman, her first sailing experience was on a boat owned by her aunt Thea MacArthur on the east coast of England. She apparently saved her dinner school dinner money for three years to buy her first boat, an eight-foot dinghy, which she named Threp’ny Bit even though decimalisation had taken place before she was born. She sellotaped a real ‘threepenny bit’ coin onto the bow.

Discover Buxton are local experts in telling the story of Buxton, the people who made the town what it is today and the stories behind their legacies. As well as the hugely popular Victorian Tram tour they run taking visitors around the town to see Buxton’s most famous places and landmarks, they offer a character tour dedicated to Vera Brittain telling her powerful story.