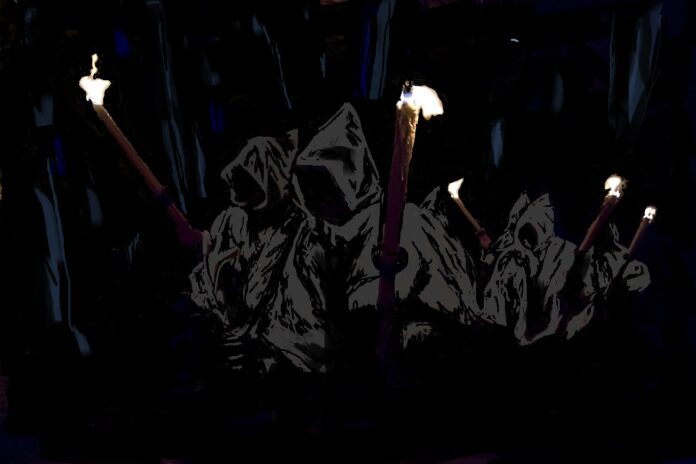 When I revealed the six spookiest places in Buxton last year, my selection included some fairly well-known spots; Poole’s Cavern, The Devonshire Dome, Skelebob Woods, Hoffman Quarry, etc. Since then, I have been digging around for more obscure material for my horror website World of Wolfson and a few more locations have bubbled to the surface. This lot are arguably spookier as people have witnessed actual paranormal phenomena or at least seen something they cannot explain. If you enjoy walking in and around Buxton, you might want to skip this. 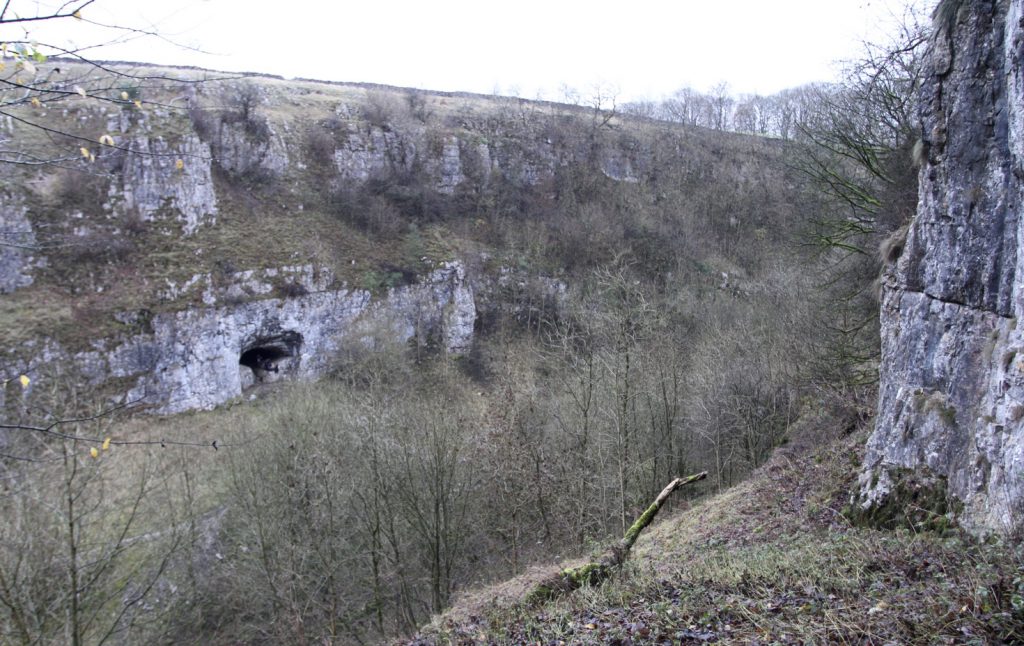 Not strictly in town but about four miles outside, this small secluded village has cropped up twice as the dwelling of a black panther, although I’ve now lost track of how people have told me they’ve seen big cats all over the Peak District.

King Sterndale is more famous for being the original home of the Pickford family, as in the international removal and storage firm. Not a sinister fact in itself until you consider that the most convincing suspect for the true identity of Jack the Ripper was Charles Cross who worked for them.

In nearby Deep Dale you can find Hobs Thirst House Cave named after the goblin that lived there. Two Neolithic human skeletons were excavated from the cave by Victorian archaeologist Micah Salt. All in all, a creepy set of associations that compel this location onto the list. 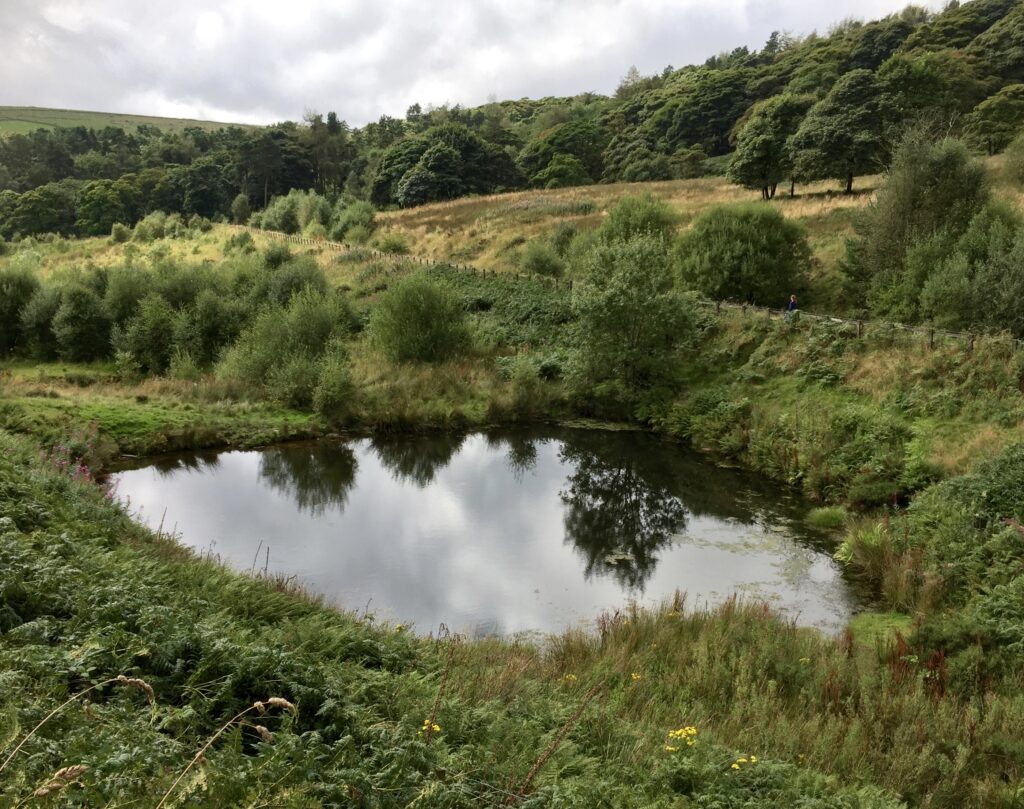 The reservoir itself has long since gone and this is now one of Buxton’s lesser-known beauty spots and a great little place to stretch your legs. Recent visits of my own have permitted glimpses of some unusual wildlife including a lizard, a heron and a damselfly. Nestle have recently expressed an unwelcome interest in developing the site so you should visit while it’s still pretty.

Back in the 1990s, there were far more bonkers things going on down this semi-wild corner of town such as satanic rituals, sheep mutilations and a sighting of a two-legged goat creature. Check out my blog for the full story.

Lightwood has been the location for a few local horror films such as the legendary Resi Watch, Resi Watch 2, Killer Trolley and my own controversial effort Real Nutter. The setting seems to lend itself well to matters of the macabre. Infact, oddly enough, there are probably enough cinematic endeavours for Lightwood to have its own horror film festival although the audience would probably need psychiatric care afterwards. 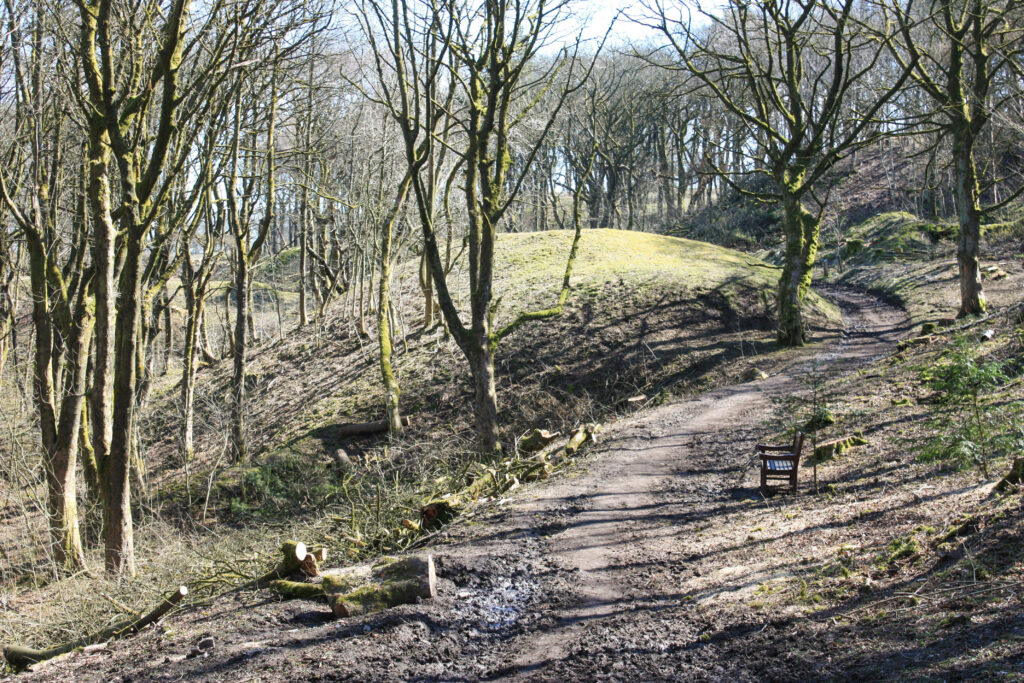 As far as weird stuff is concerned, this is the place that keeps on giving! Every time I publish something online about Grinlow, someone writes to me to say they’ve also had a strange experience there.

The steep rise through the woods gives way to a rocky summit crowned by a small stone tower called Solomon’s Temple or Grinlow Folly. You can see it from almost anywhere in town. Not many people know that the structure was built on top of a Bronze Age burial mound. Peculiar lights have been seen amongst the trees at night, as well as reports of people in hooded cloaks performing occult ceremonies not to mention a phantom hound with blazing red eyes!

It must be pointed out that Grinlow is a disreputable source of hallucinogenic mushrooms but I am not suggesting that this explains away any of the supernatural sightings; it’s just another murky fact. I recommend that you combine a visit to this location with nearby Poole’s Cavern which is featured in my first selection of spooky places in Buxton. 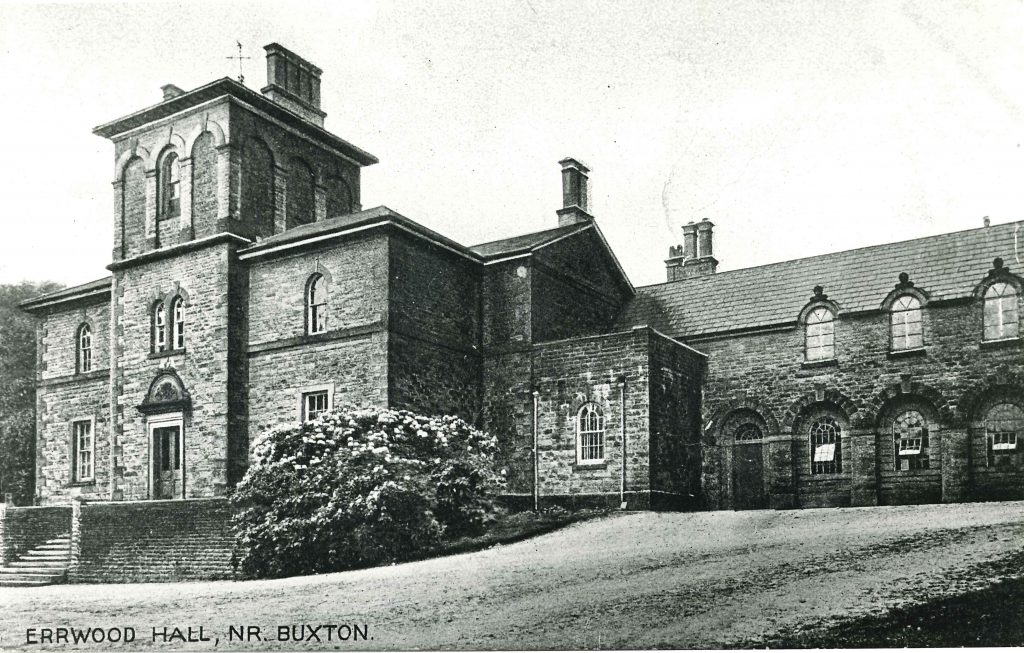 For my money, the Goyt is the king of spooky places in Buxton. Again, you could argue that it isn’t really part of the town and actually two miles away. However, Buxton is a place surrounded by acres of wild woods and moorland. Commonly, these rural boundaries are where people see something unexplainable though some might say that the town centre on a Saturday night is far more frightening than anything supernatural!

For hundreds of years, The Goyt Valley had a thriving community of its own including a gunpowder mill, a paint factory and a busy railway line. All industry ended in the 20th century when bigwigs in Stockport decided they needed more water and most traces of civilisation are now lost beneath the twin reservoirs of Errwood and Fernilee. Like ghosts returning to haunt us, some of the old structures reappear when the water is low in the summer.

You can still visit the ruins of the Victorian mansion called Errwood Hall. Quite why Stockport Corporation felt the need to knock down an impressive house that was nowhere near the water is a matter of dispute. The most likely explanation is that they did not have the funds for his maintenance. Now little more than a pile of stones in a sea of rhododendron, the Hall still gets thousands of visitors every year, perhaps drawn to the mystique of the mansion in the woods. The adjacent family graveyard adds extra fuel to the creepy atmosphere.

If the remains of a lost community amidst a bleak valley are not enough to get your spine tingling then you should consider the myriad sightings of ghosts, aforementioned monstrous moggies and other abnormal residents. I have gathered enough stories about the Goyt Valley for an article by itself so please follow me on Twitter, like my Facebook page and/or my blog and I’ll get round to it sometime in the near future.

If you have any curious tales of your own about the places I have written about or anywhere else, I would love to hear from you. Buxton could and should be one of the spookiest towns in the UK but I need your help compiling the evidence. 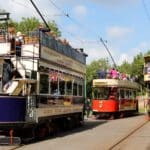 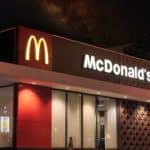 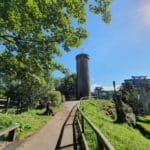