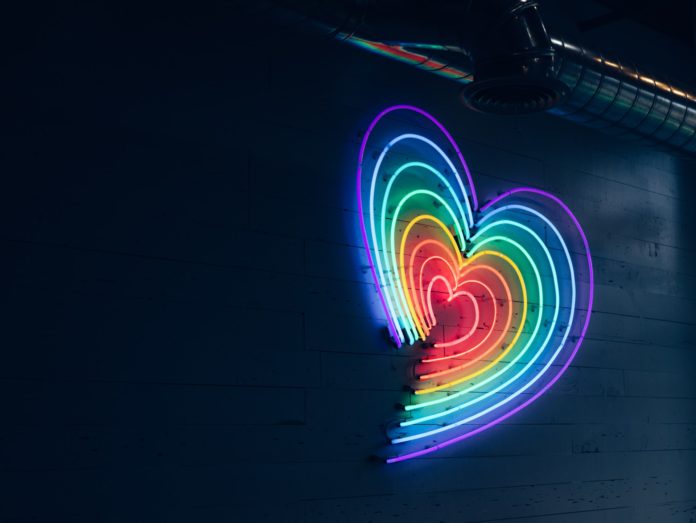 We also want to flag up all the positive ways that our readers are finding to deal with the crisis, from good deeds to witty photographs. Please email [email protected] with any contributions.

Drug company AstraZeneca is to start producing a potential vaccine for coronavirus, according to the BBC. Trials of the drug are under way but the firm must start making doses now so that it can meet demand if the vaccine proves effective, said the Chief Executive of Astra Zeneca Pascal Soriot.

The touching moment a nurse is reunited with her two daughters after two months, is captured on video. Suzanne Vaughan, 43, from Norfolk, who works as an operating department practitioner at the Queen Elizabeth Hospital in Kings Lynn, made the difficult decision to separate from her daughters Bella, nine, and Hettie, seven, while she worked in the operating theatre and ICU during the Covid-19 peak. She spent nine weeks away from her daughters to keep them safe, while she worked tirelessly on the frontline. Watch the video here.

3. Lockdown sees the return of endangered seahorses to UK waters

An endangered species of seahorse native to the UK has been spotted in British waters for the first time in more than two years. Marine conservationists say they spotted 16 spiny seahorses, including a pregnant male, near Studland Bay in Dorset. The team say this is the highest number they have seen in a single dive since they began studying the area in 2008.

Authorities in Wuhan, the epicenter of the coronavirus pandemic, have officially banned the eating of all wild animals. The city also banned virtually all hunting of wild animals within its limits. Wuhan has also imposed strict new controls on the breeding of all wild animals, making it clear that none could be reared as food. City officials said the local administration would take part in the wider national scheme to buy wild animal breeders out.

5. Dentists to re-open in the UK from 8th June

Dentists can re-open from 8th June in the UK, it was announced this week by Prime Minister Boris Johnson. Things will be very different though with various measures in place and not all dentists may be in a position to re-open. Emergency treatment is likely to take priority for patients so if you have been suffering with a dental issue, this is good news.

Not a good news story per se, zoos have not yet been given a date as to when they can re-open, placing Chester Zoo and many other zoos, in jeopardy financially. Despite Chester Zoo making preparations and detailed plans to be ‘covid-secure’ for when they do re-open, the government has now told zoos to close indefinitely. Labour MP, in a joint letter with party colleagues Chris Matheson, who represents Chester, and Weaver Vale’s Mike Amesbury, has called for the government to take action to save the zoo. The Chester Zoo Just Giving fundraiser has also now raised more than £1.8m.

Face masks become mandatory on all public transport in the UK from 15th June, it was announced this week. Once, just a couple of months, when you saw the occasional person wearing a face mask in public, they’d stand out in the crowd but now it’s become normal pretty quickly. And you can still look cool and of course you want to feel comfy. Hello! magazine have picked out a nice selection at various prices; from functional designs to the more brightly coloured.

Premier League football will return to Sky Sports with a double-header on 17th June – and a further 20 games broadcast live in the following fortnight. Coverage will provisionally resume on 17th June with Aston Villa vs Sheff Utd and Man City vs Arsenal. There will be a further 20 games featuring all 20 clubs in the following 14 days – including Merseyside derby and Tottenham vs Man Utd.

9. Alton Towers has announced they are expecting to re-open on 4th July

In line with current Government guidance, Alton Towers Resort are expecting to re-open its doors on the 4th July 2020 with several hygiene and social distancing measures in place. If you’ve been longing for a scary rollercoaster ride during lockdown, it’s likely it won’t be much longer you’ll need to wait.

10. National Trust have begun to re-open some of their parks and gardens in England and Northern Ireland

The National Trust has reopened some gardens and parklands in England and Northern Ireland from 3rd June. Around 29 sites are will reopen to those with pre-booked tickets, with more to follow in the coming weeks. Only around a third of the usual number of visitors will be permitted in order to maintain social distancing. It’s great to be able to enjoy the green space of these lovely places once again, do remember, all houses remain closed. Sites near to Buxton re-opening are Lyme, Calke Abbey and Hardwick. See the full list here and how to book. Don’t forget, all visits must be booked in advance.

11. The All England Lawn Tennis Club (AELTC) opens its kitchen to those in need

The All England Lawn Tennis Club (AELTC) in Wimbledon is helping those in need in the local community in the neighbouring boroughs of Merton and Wandsworth, by preparing and distributing 200 hot meals a day. The meals are being prepared by Food & Drink at Wimbledon, the AELTC’s year-round catering partner, led by executive chef Adam Fargin, and will be distributed to those in need by City Harvest, the food surplus distribution charity with whom the AELTC has a long-standing relationship. The scheme is planned to run for the next three months. 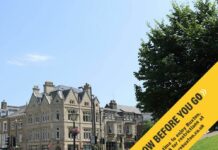 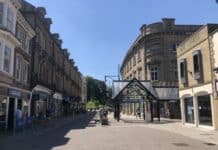 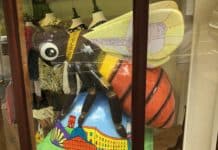 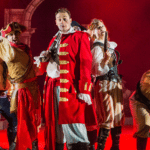 The 27th International Gilbert & Sullivan Festival gears up to open at Buxton Opera...

Features
The International Gilbert & Sullivan Festival has a fantastic week of uplifting, hilarious entertainment in store for audiences in Buxton Opera House from 31st... 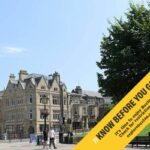 Best of Buxton
This page has essential local information relevant to Buxton and FAQs about what you might need to know about local facilities and businesses in... 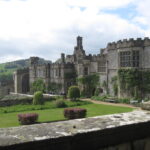 Explore the Peak District
The Peak District and Derbyshire is arguably home to some of the most spectacular and stately homes, historic houses and castles in England. Truly...