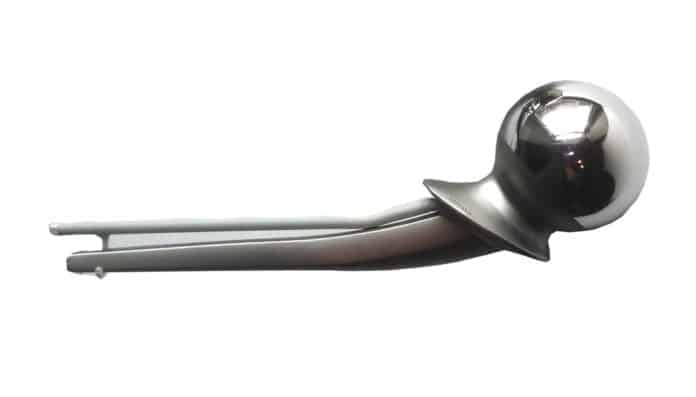 How much do you know about Buxton? If you’ve been to Buxton Museum and Art Gallery, you may have seen its famous Wonders of the Peak gallery which delves into the history of the Peak District but there are also many curious artefacts from the town itself. From fossils that reveal an entirely different landscape thousands of years ago to its first ever human inhabitants, from foreign invaders to the growth of several unique industries, Buxton has a past comparable to nowhere else. For the first time ever, the team at the museum present the story of Buxton, told in objects, exclusive to Explore Buxton.

Of course, you can see some of these objects for yourself and many more besides. Buxton Museum and Art Gallery is due to re-open to the public on Tuesday 18th May and admission is free. To help control the spread of coronavirus, you must currently book a visit; click here for instructions. In the meantime, enjoy this bonanza of Buxton splendours and follow us for part two – coming soon! 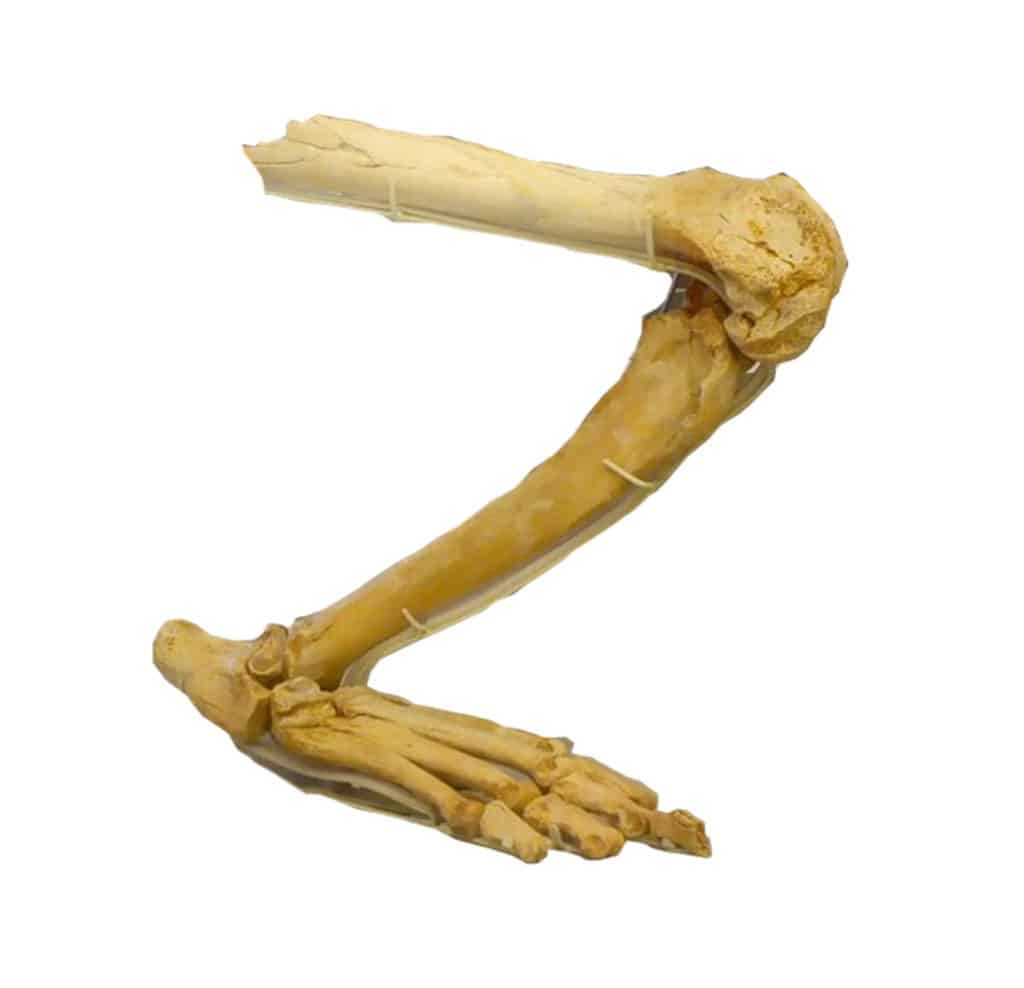 Some of the most remarkable local discoveries have been made possible by the unintentional excavation of limestone quarrying. Arguably the biggest star is a cave lion from Hindlow Quarry on the outskirts of Buxton. 20,000 years ago, the landscape was a bit like the African savannah, although the animals were EVEN BIGGER. This early Buxtonian would have been almost 2m high at the shoulder.

2. Bank note produced for the Buxton and High Peak Bank 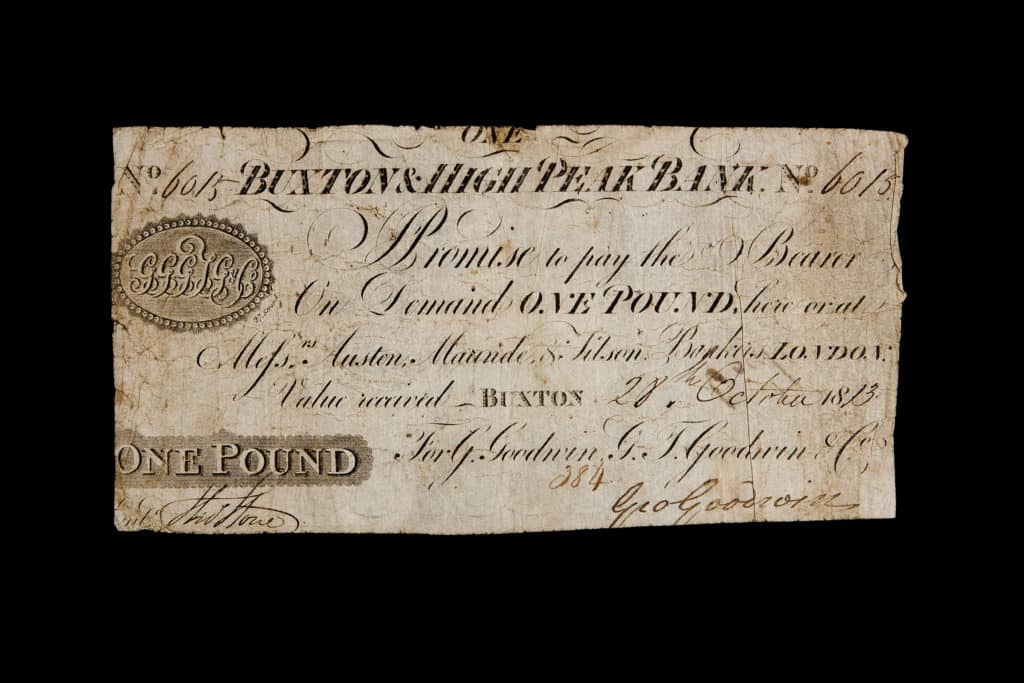 Did you know Buxton once had its own bank with its own money and one of the shareholders was Jane Austen’s brother? In 1813, the Buxton and High Peak Bank issued bank notes for £1. This represented about £200 in today’s money. The 19th century was a boom period for the town, inviting investment into its status as a spa resort for the wealthy. 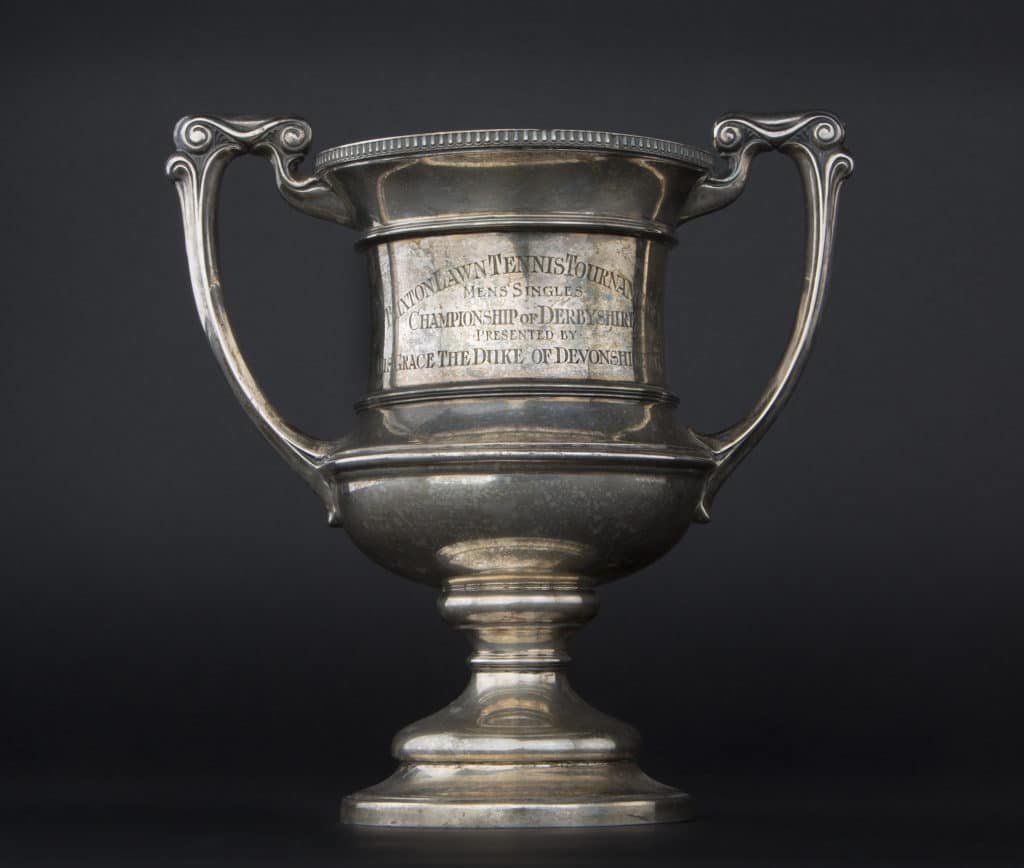 Lawn tennis really took off in Buxton as a fashionable new sport in the late 19th century. There were croquet lawns and courts for lawn tennis laid out in the Pavilion Gardens for a regular tournament in August from 1884, with gentlemen’s singles and ladies’ singles and the All-England Ladies’ Doubles championships. In 1953, a ticket to see a match between Fred Perry and Dan Maskell cost 2s 6d.

The first tournament was arranged for visitors who happened to be staying in the town. It was held in the Gardens, but attracted little attention. The second, which started in August the next year consisted of mixed doubles only, and did not finish until well into September because there was scarcely throughout the former month a day which could be described as fine. The wet and cold were sufficient to give people rheumatism who knew not the agony of its aches. The shopkeepers lost money instead of making it. The carriage drivers were in despair and the Bath-Chair men on the verge of committing suicide in their own perambulators. 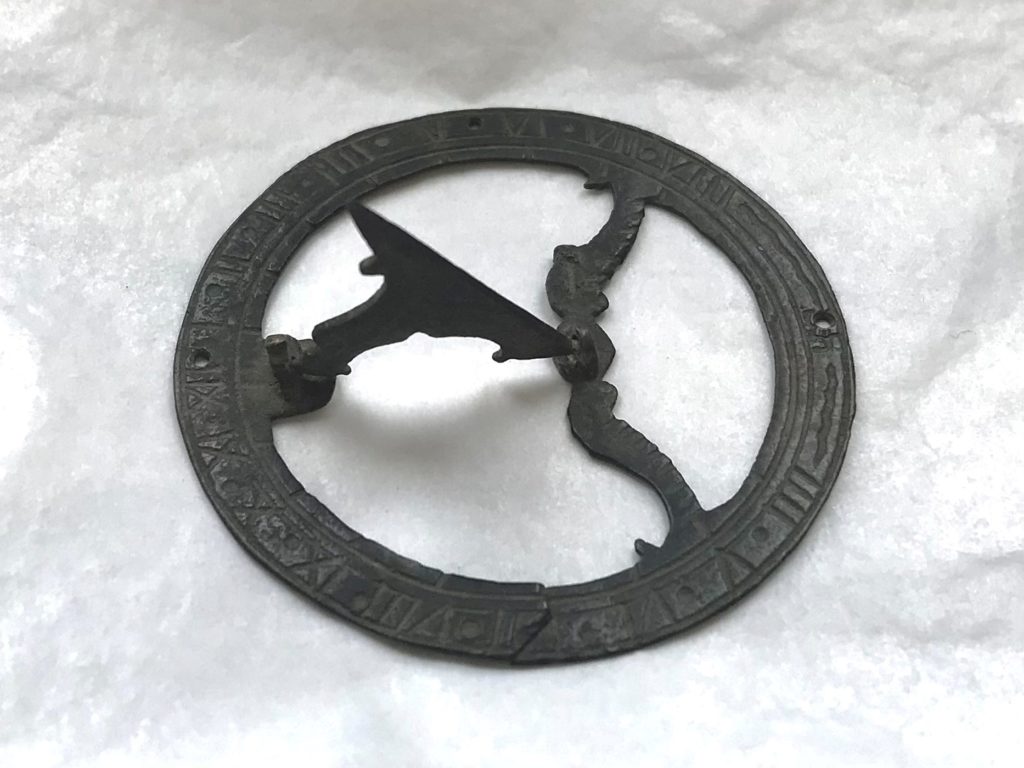 Poole’s Cavern is one of the best show caves in the UK and Buxton’s top attraction. In the 18th century, visits to the cavern were far more casual, with ill-intentioned locals often leading unsuspecting visitors into the darkness and threatening to leave them there unless they parted with more coin. We can suppose that this wonderful object dropped from the pocket of one these unsuspecting tourists.

5. Photograph of prisoners of war clearing snow on Fairfield Common 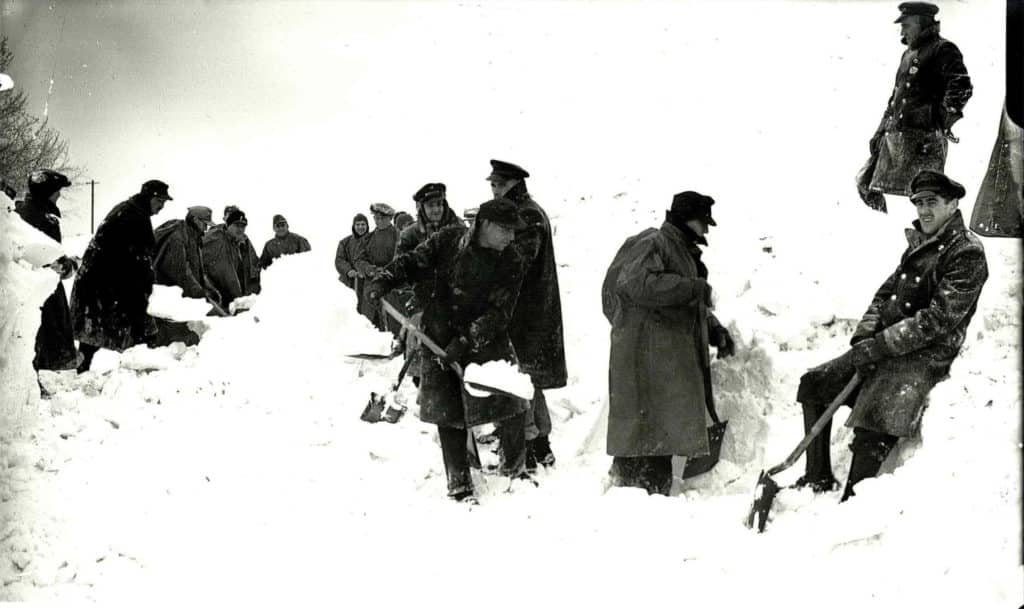 The winter of 1947 saw heavy snowfall. There were still prisoners of war barracked in Buxton and they were employed to help clear the roads across Fairfield Common. This image is striking for two reasons; it brings home the harsh realities of war and reminds us how mild our winters are in comparison. 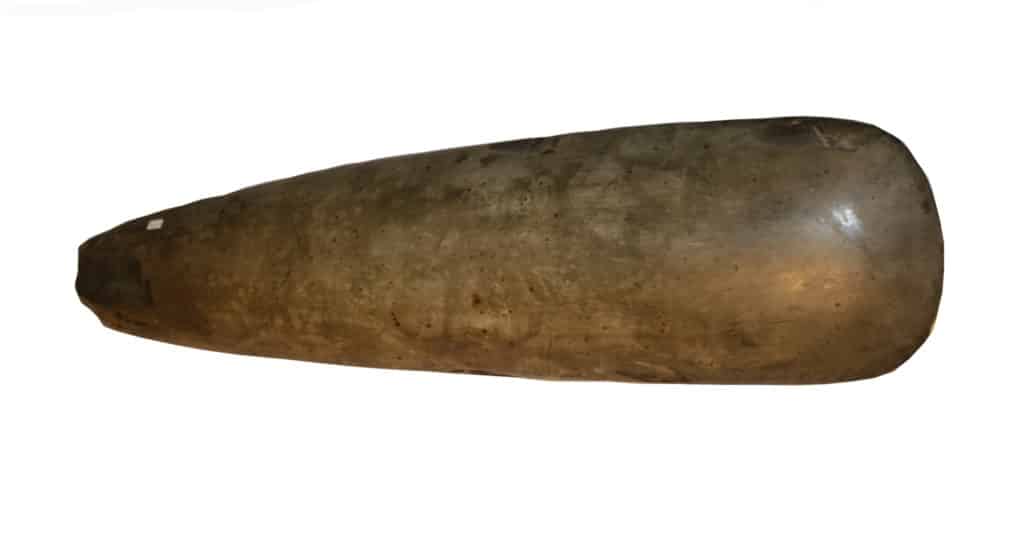 This volcanic ash axe head was found at Tunstead Quarry near Buxton, but it was made in Great Langdale in Cumbria. The distribution of such beautiful axes around sites in Britain and beyond shows that people were manufacturing them in some quantity and that they could be transported, traded or awarded to people. The new owners must have valued and respected the tools because although they are highly functional, the blade shows no evidence of use. 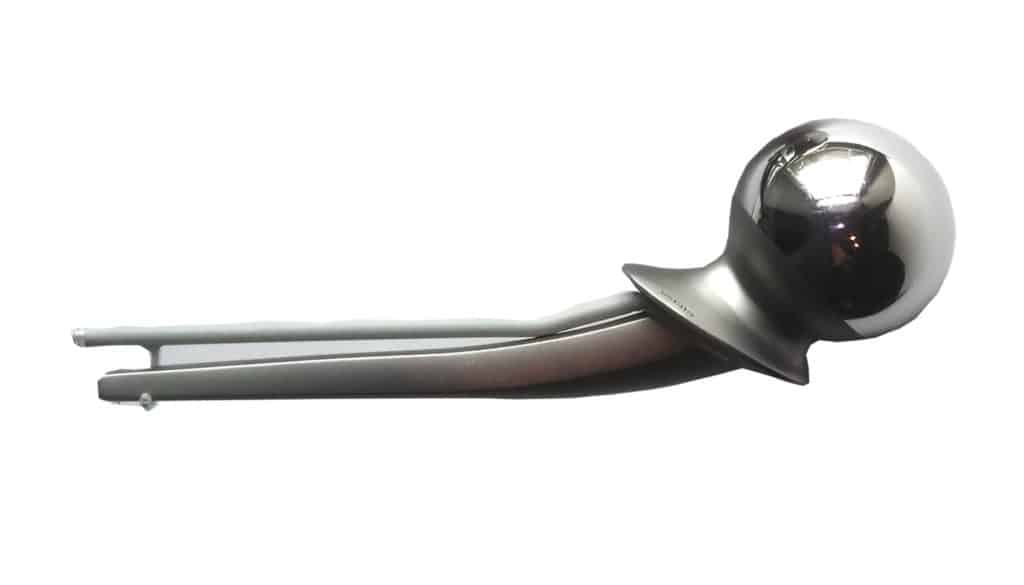 The Devonshire Royal hospital in Buxton is known commonly as ‘the Dome’ due to being the largest free-standing dome in Europe. It was a leading establishment in treatments of hip replacement as well as hydrotherapy and physiotherapy, The Devonshire Royal Hospital closed in 2001. It won its Royal title in 1907 when King Edward VII visited. 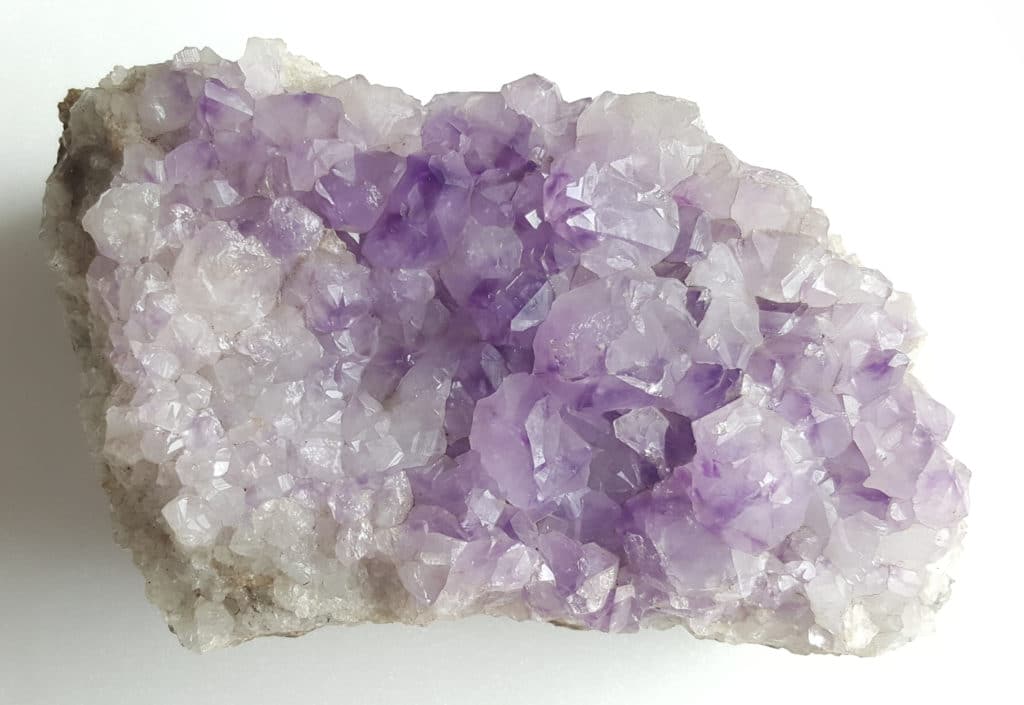 There are beautiful minerals amidst the limestone of the Peak District. This amethyst specimen was found near Waterswallows outside Buxton. There you can see evidence also of volcanic activity, with a basalt hill dominating the skyline. 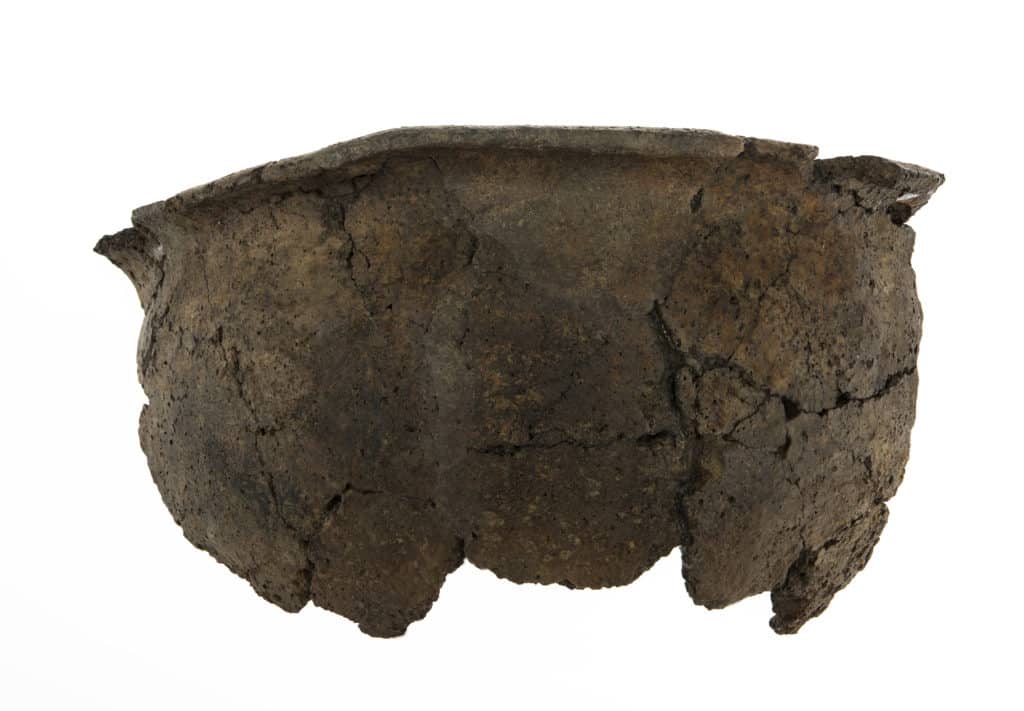 The remains of this bowl were found at Lismore Fields. Surrounded by a quiet suburb, there is no indication that this was the site of the first human settlement in Buxton. About 5,500 years ago people sat down to a festive drink of soured milk which may have given them tummy ache! This is one of the oldest pots ever found, not just in Buxton but in the whole of the UK.

10. The Old Cottage on the Macclesfield Road 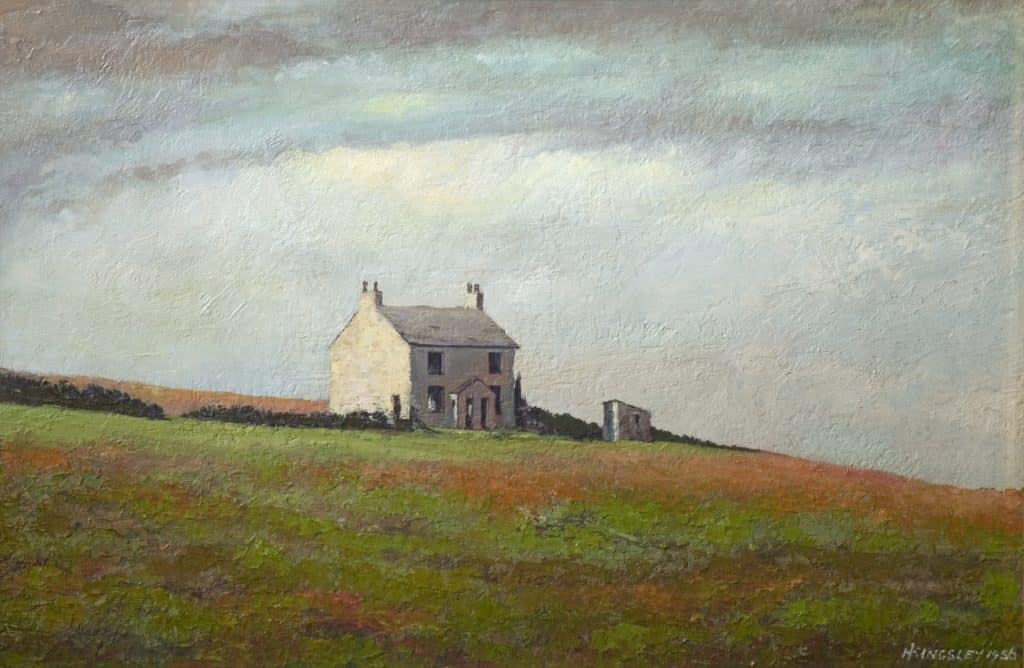 This painting by Harry Kingsley captures the serene loneliness of the road to Macclesfield as it winds its way out of Buxton and across the moors, now more commonly referred to as The Old Road to Macclesfield. The trail was once punctuated by settlements and a fledgling coal-mining industry. Visitors taking a healthy break in Buxton could even been wheeled up to the Cat and Fiddle pub in a contraption called the bath chair. 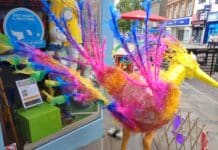 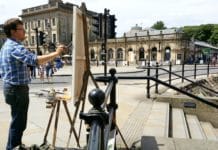 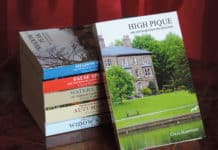 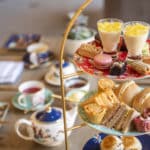 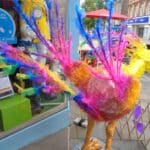 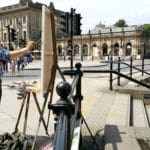