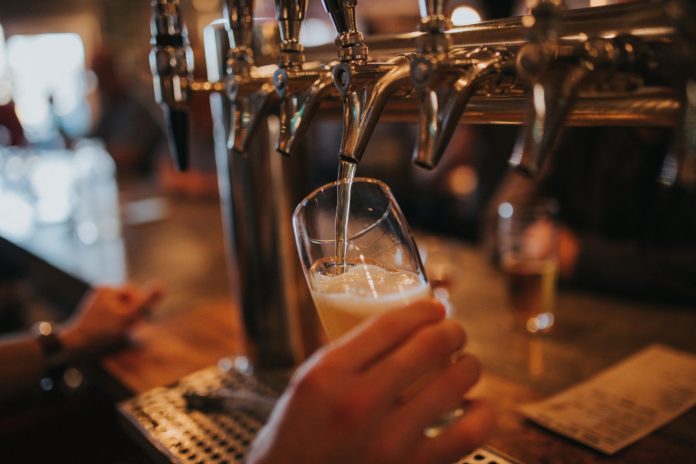 Buxton has seen the loss of many legendary pubs over recent years – but how many do YOU remember? Do you have fond memories of anywhere in particular? We’d love to hear your stories…

A mainstay of taking in a pint or 7, this classic pub was a favourite amongst the Fairfield community with many of you no doubt with fond memories of the place. Now demolished sadly…

The Robin Hood Inn pub was a nice alternative to the pubs in town and you could often enjoy a pint in a quiet corner – that is, until some of the local characters spotted where you were sat. Acquired by Marston’s in June 2014, it was soon demolished to make way for a brand new Premier Inn hotel, which opened in March 2016.

The White Lion is a pub that quite literally was one on its own in the pub scene, when it was open, particularly in the 80s, in its heyday when, let’s face it, a drink in there was quite an experience but possibly the cheapest pint you could find over a game of pool. The decor never ever seemed to change either. As pubs started to feel the pinch in the 00’s it closed and although the building remains, it’s now used by traders as a sort of mini-market.

The posh bit of The Grove Hotel, but which often seemingly attracted fighting on a normal Saturday night, Charlie’s Bar was packed every weekend in the 80s and early 90s. As pubs started to take a dive and more continental style cafe bars started to appear – even in Buxton, it finally closed its doors in 2008. It re-opened as The Slopes bar soon after and then another re-brand and refurb saw it open as The Springs cafe bar in 2011 – which then subsequently closed. The chicken nuggets and chips and other bar snacky things were good when it was The Slopes bar.

Perhaps considered the best bar in 90s Buxton. In its heyday years, most notably in the early to mid 90’s, Chatters offered 3 floors, all offering its own pleasures. Castaway was the drink of choice for many regulars. When mixed with cider, it became the infamous Blastaway. Say no more.

A cosy pub and a firm favourite with many of us, just as the country hit recession in 2008 following the smoking ban in pubs a year before, this fatal combination was the nail in the coffin for many pubs across the country including this one. Now converted into town houses.

Project X was part of the new style pub culture – the cafe bar – and this place had a continental, Mediterranean but alternative feel to the decor. Opened in the early 00’s, it was the first bar in The Old Courthouse area to spring up before others arrived later such as the French Brasserie and the Old Courthouse Wine and Coffee Bar (also the latter sadly no longer with us). Project X definitely seemed to be the start of something in this area or the ‘West End’ as some locals now call it. After closing in 2012, Buxton Brewery stepped in and snapped it up and turned it into, arguably, one of the best pubs/bars in Buxton, opening in August 2013 with a brand new look and lots of nice Buxton ales.

The St Ann’s Hotel in the Crescent was at one time considered to be a real treat if you went ‘courting’ there for a drink for example. The St Ann’s Hotel occupied half of the building and The Crescent Hotel the other half with the latter closing in the early part of the 20th century. It was used as a geriatric annex to the Devonshire Royal Hospital before being bought by Derbyshire County Council (DCC) in the 1970s. DCC used it as offices and the public library until 1992 when it was closed due to structural defects.The St Ann’s Hotel carried on trading until 1989 but closed pending full refurbishment following the service of public health notices by the local authority.

Beltane was a legendary bar in its heyday during the mid and late 00’s and was home a lively live music scene, it was thee place to go for a good night out at one time, but back then there wasn’t the bars in Buxton we have now – and Beltane had an air of indie coolness and good vibes for a while. Following its later tumultuous years, Beltane closed its doors in 2013 and re-opened as the lovely 53 Degrees North – now a rather grown up, civilised affair which sells super duper posh wines, a decent menu and not forgetting the cracking Rock ‘n’ Roll bingo night monthly.

You had to be 23 years old to be allowed entry to the somewhat upmarket bar scene that was Springs. A late night haunt for those who preferred the cooler side of Buxton and wanted to hear mid 90’s house tracks in the comfort of their own town. A respected alternative to a drive out of town.

A Grade II listed building, the George had a firm, loyal following of regulars, and, let’s face it, was always fun to visit for a drink or 17. Closed in 2007, the George is planned to form part of the what will be the Buxton Crescent and Thermal Spa hotel development, with the Crescent part of the hotel scheduled to open in 2019. This pub still seems to surface in conversation even now with locals’ (perhaps somewhat cloudy, lol) memories of their time spent here.

12. The Prince of Wales, Fairfield Road

A traditional pub to say the least and we remember the rather humorous signs in chalk on the blackboard outside, which would appear, not long before it closed for good. ‘Creche for men’ and signs of a similar nature. Now a funeral home run by Mellor and Smith Funeral Directors.

13. The Devonshire Arms, The Common, Fairfield

This pub saw a lot of landlords over the years, with some coming and going year in, year out. Which was a shame because the location was cracking with views over the golf course and Fairfield Common and a lovely spot to sit outside with a drink. The pool table was pretty steady over the years too. Now converted into a number of flats, it was a shame to see this Fairfield local go like many other pubs have in recent times.

The Bus Club on the Market Place – now Level 2 Nightclub was a favourite pub for years for many locals. The only recollection i have (Jen) of the place is being take in for a cheeky shandy at the age of about 4 with my Dad – back when you could do that sort of thing.

Year closed: A long time ago…

Affectionately referred to as the ‘gasbag’; many a conversation took place every Friday and Saturday night in the Eagle Dutches bar where we’d ask one another the question – ‘are you bagging it?’. The club was tiny in its earlier, late 80s / early 90s days and the standing area by the dance floor was where you’d prepare deliver your best chat up lines. The club saw a major expansion in the early 90s when the upstairs bar was added, which was a big deal at the time for those of us who remember. They served cheesy chips from the hatch too for those late night snacks.

Downstairs at Chatters/Burlington in the mid-90s was quite a scene. The pre-club ritual would be to come here to exchange stories of nights out and which house club they were about to venture off to in Manchester, Sheffield, Mansfield and the like. Later in the noughties saw the legendary ‘Sound Boy’ drum ‘n’ bass nights here, which many of you might (or might not) remember.

We’d love to hear your memories of any pubs in Buxton that are now long forgotten – get in touch on our Facebook page! 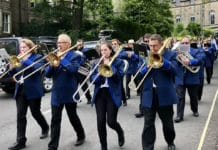 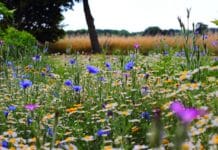 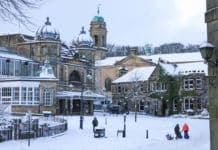 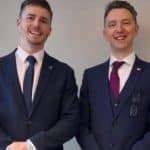 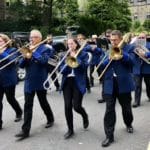 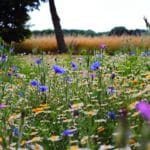