For the Love of Land Rover

Friday the 18th of November; Ben Fogle paid a flying visit to Buxton to spend a few hours in the Pavilion Arts Centre as part of the Buxton Festivals Literary series. The reason for his visit? His new book ‘Land Rover’. The evening was by no means a presentation of the Land Rover but an insight into the personal journey of a man whose life has been peppered with the influence of this legendary vehicle, arguably the world’s favourite car.

The Land Rover, born in 1948 (and I use the word born as each Land Rover is part of the family) has indisputably become one of the stalwarts of great British engineering, an icon of the British automotive industry and receives recognition as a national symbol worldwide. In its various and at times wondrous incarnations the Land Rover has been transformed into military vehicles, ‘Rail’ rovers rebuilt to pull trains, ice cream vans, mobile cinema’s and even an experimental prototype ‘Hover’ Land Rover. However, it is its reputation as a utility and agricultural vehicle that has afforded it the reputation of indestructible cart horse that will run with the help of bailing twine, electrical tape and the odd weld until the end of time.

Since its inception with the very first model, Land Rover 80″, going on to be known as the series 1, the versatility and creativity by which the Land Rover has been used has known no bounds. It is this symbolism, versatility and reliability that inspired Ben to write the book, about which he came to speak. Not just for his love of his own vehicles, but for what it represents; durability, endurance and all that it is to be quintessentially British. Ben was quick to explain that he is by no means a petrol head and his love of the Land Rover is not born of a love of cars in general, it is this particular vehicle that holds something special that captures the imagination.

The evening was spent in two halves, the first an extended interview, the second half a final catch up between interviewer and interviewee before a Q&A with the audience. Presenter, Reality Television Alumni and family man, Ben, spoke freely and honestly not just on the book but of himself and his life. Talking of his time spent on Taransay in the Outer Hebrides for BBC 1 social experiment show ‘Cast Away’, the impact this series had on his life and subsequent career in television. Alongside his extensive adventures and travel encounters that he has been fortunate enough to experience such as rowing the Atlantic and seeing the world through his series ‘Lives in the wild’.

It was this personal narrative that gave the evening its fundamental form, the focus on the human impact of this automotive icon on people, not just on Ben, but human beings across the world since its creation. Ben talked enthusiastically of times throughout history where the Land Rover has played a key part in major events such as Che Guvara battling the jungles of South America and its influence in military and humanitarian missions the world over.

Towards its close the evening was drawn to the subject of ‘The end’. After 67 years and over 2 million vehicles the Land Rover Defender has ceased production. The question of what has led to the demise of such a stalwart of motoring was a quick topic for many during the interval. Many blamed the move away from the utilitarian all-rounders of the relatively unchanged series and defender models to the top spec Range Rover models that can set you back just shy of £80,000, as well as the boxy, hard wearing designs being out legislated by the wind tunnel, emotions and pedestrian safely regulators. And sadly, the cost of it being one of the few hand made mass produced vehicles has also been a factor.

From the series 1 to the Discovery 3, Landover’s hold a special place in the hearts of many. And I believe it will continue to do so for decades to come; there will always be classic collectors and restorers who will never stop loving the Land Rover, Ben Fogle being one of them. A great evening, spent in great company, he came across as a genuine, humble and captivating man, thanks Pavilion Arts Centre for this talk as part of a fantastic literary series. 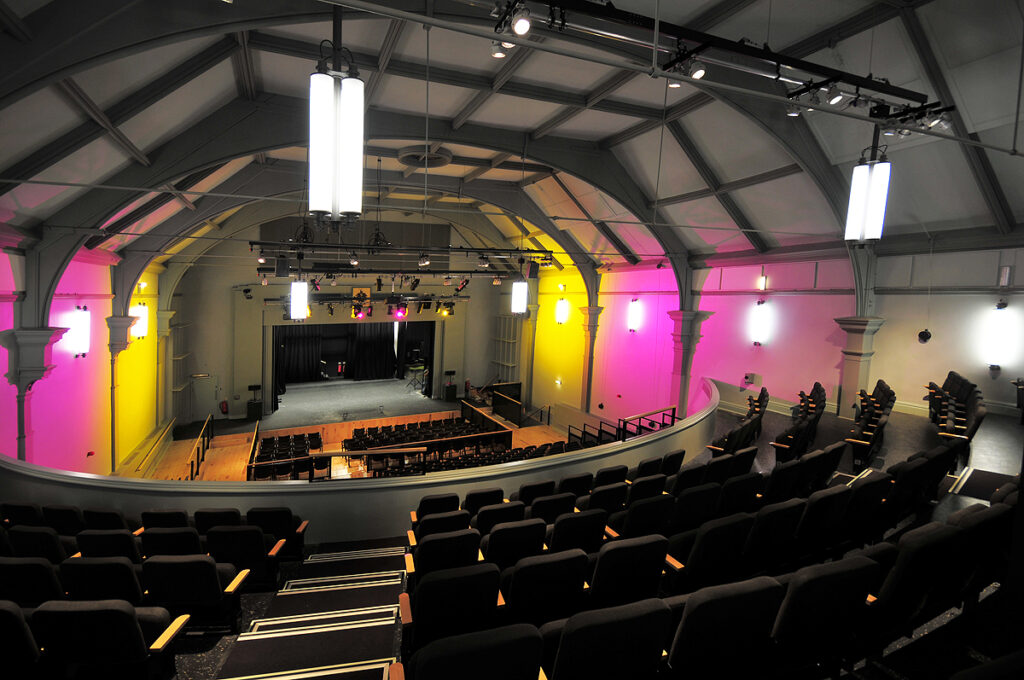 There’s a huge range of events all year round at the Pavilion Arts Centre run in conjunction with a packed programme at Buxton Opera House. Opened in 2010, the arts centre has meant that events like the world renowned annual Buxton Festival has been able to expand its offering and now in its second year the Buxton Festival Book Weekend literary series holds many of its talks here in the centre.  Buxton Buzz Comedy Club, now a regular monthly event is also held here and features stand-up comedians – some new and not-so-new faces on the comedy club circuit.

To find out more about shows and events at Pavilion Arts Centre and Buxton Opera House go to: www.buxtonoperahouse.org.uk 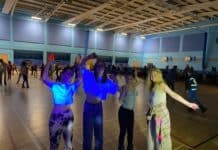 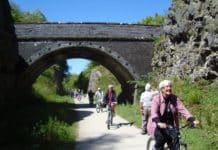 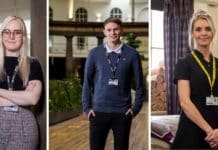