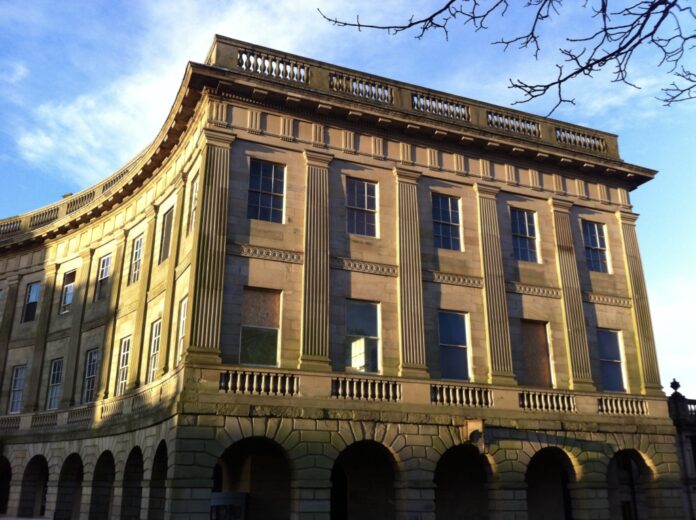 It’s now widely known that work this year began on the Crescent – Buxton’s most anticipated project for a generation. The 18th century Grade 1 listed building built in 1779 and designed by John Carr has been out of use as a hotel since 1992. But 2016 finally saw the project secure funding and agree contracts to transform the building into a luxury spa hotel and will provide:

As major work gets well under way at both the Crescent and Pump Room, an exclusive video has been released featuring the Crescent and Natural Baths produced by photographer and videographer Mo El Fatih. The video takes us on a tour inside the building as you’ve never seen it before – showing original Georgian design features inside rooms and corridors and signs still intact with room numbers when the Crescent was used as a hotel. 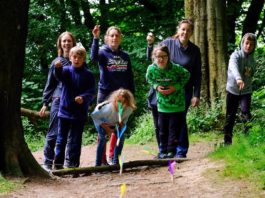 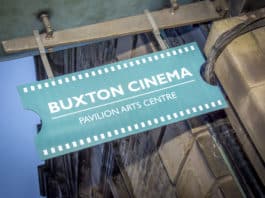 Buxton Cinema to reopen after being closed for more than 16... 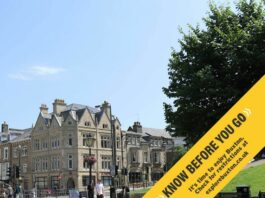 ABOUT US
Our site is independent and supported by sponsorships and advertising. Editorial content is independent & purely the view of Explore Buxton. To advertise with us or get listed, use our form on our Contact Page or call us on 07905 448976.
Contact us: [email protected]
FOLLOW US
PO Box 155, Buxton, SK17 1BP © 2021 Explore Buxton.