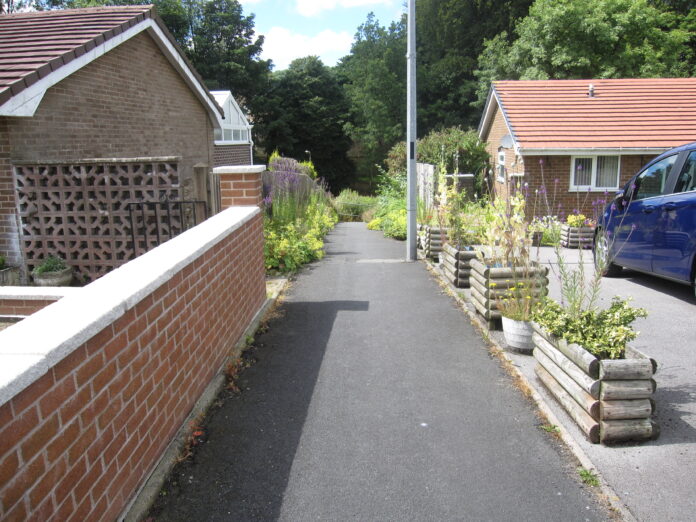 A hidden path that runs between houses and forms a shortcut between two streets is commonly known as an alley or alleyway. There is a bewildering array of regional variations such as gennel, gimmel or snicket. Regardless of where you are from and what you call it, an alley is an undervalued treat. It is a twilight world that is neither one street nor the other; a no-man’s land that can save you both time and exposure. They tend to be excluded from maps and known only to locals. Discovering them for the first time can be a pleasing revelation. Buxton has some fine examples that we shall now reveal.

Warning: If you plan to find and explore alleys yourself, be sure to take someone with you and go during the hours of daylight. They are known to be the domain of scoundrels and layabouts.

Providing a welcome alternative to the daunting ascent of Harpur Hill, this cheeky little number beckons you up its steps into a panel-fenced boulevard. It soon opens out into the heart of a maze-like housing estate. Just across the road from the steps is an entrance to Sherbrook Woods and I imagine that this alley is frequented mostly by dog walkers from the estate, where it is a prelude to leafy freedom.

Named after the adjacent Trinity Church, this sleek and narrow alley is another opportunity to avoid a heart attack-inducing climb halfway up the town’s steepest road. Travelling the other way, those aware of its existence are affording the luxury of a swift route into the commercial centre of Buxton. Interesting how many alleys are marked by a neighbourhood watch sign; like they’re expecting monkey business.

Locals sometimes refer to it as the Cinder Path although nobody is sure why. Despite the mystery of its nickname, this sombre alley rises gently from the suburban giant that is Nunsfield Road to the top of Fairfield, bypassing the need to walk along part of the A6. It offers access to several smaller courts on route. It could be considered a double-alley as the thoroughfare continues across Nunsfield Road and down to the stream called Nun Brook.

Some alleys are clean and well-kept; this isn’t one of them. Known by several unpleasant nicknames that we can’t mention here, this path backs onto two high street pubs and is best avoided on a Saturday night. It is also a hotspot for fly-tipping. Our visit included an abandoned television and reveller’s favourite, the shopping trolley. Nevertheless, this is an impressive alley. Slender and bordered by tall houses, it feels like a genuine secret passage that provokes a sense of intrepidation.

King of alleyways in Buxton, this one has it all. Just up the road from tourist attraction Poole’s Cavern, it’s actually very easy to miss. You can walk past its secluded entrances a few times before even noticing it. This only adds to its enigma, of course. Walking through, you are overwhelmed by both the handsome alley itself and the excellent view of the town’s landscape that it offers. It is an uncluttered path, fringed by tidy hedgerows and gardens, with not so much as a discarded crisp packet in sight, the identity of its caretaker unknown. 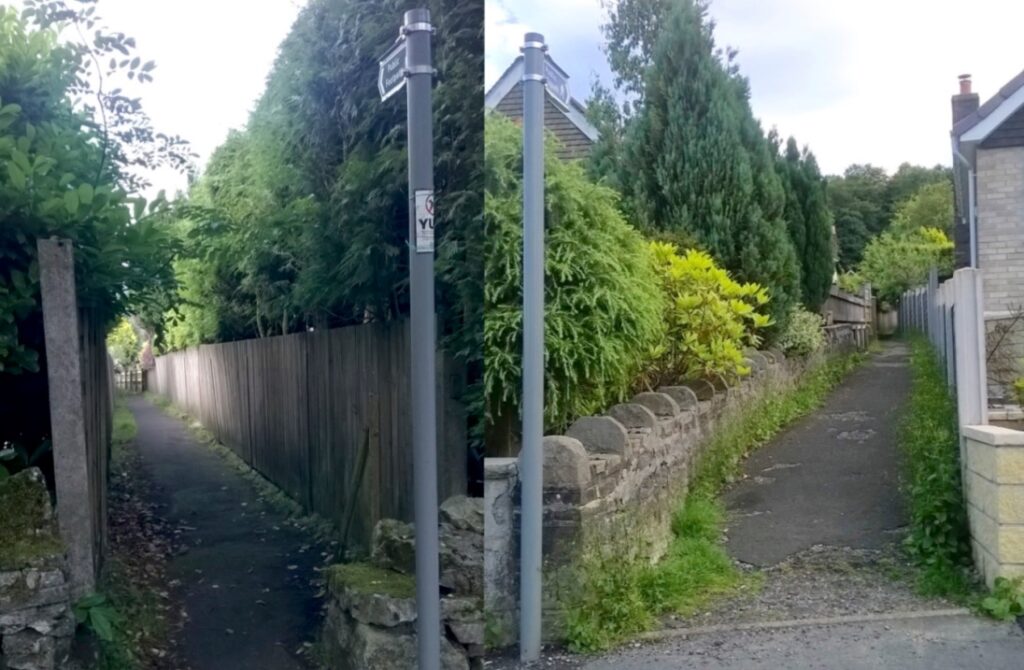 Is there an impressive route in Buxton that we’ve missed? Perhaps you’ve compiled your own similar guide to alleyways in a different town? If so, we would be interested to know – get in touch via our Facebook page or Twitter.

Check out part 2 where we reveal a further 5 superb ginnels in Buxton.

Darcus Wolfson is a local writer, film-maker and paranormal investigator. Based locally, his work and writings are often inspired by the strange phenomena that occurs right here in the Peak District and Buxton area.

Darcus had his first book published ‘Hidden Places on Earth’ in 2013.